The curse of ages

I am walking, briskly. It’s early morning and the sun is just beginning to break night’s dark hold on the horizon.

The air is cool. The streets are quiet as households begin to stir, readying themselves for another day. I have my headphones in, I tune in to the music and tune out the rest of the world. This is my time.

My eyes are firmly fixed on the footpath about two feet in front of me. Until I spot something unusual that halts my progress.

A wallet. On the footpath, adjacent to a bus stop.

I stop. Lift my head and look around. I look down at the wallet, and then up to my surroundings again. There is not another soul in sight.

Should I pick it up or leave it there?

It feels wrong to pick up someone else’s property, even if the owner is obviously not here.

What if it’s a prank? It could be one of those TV shows, where a film crew is hiding in the bushes waiting to see if I will pick up the wallet, take the money inside it and flee.

I take my headphones out. The only sound is the birds in the trees heralding in the day.

I pick up the wallet. It feels soiled and contaminated in my hands. I don’t want to but I open it up and look inside, half expecting any moment for someone to approach me and say: “Hey, that’s mine”.

There is no money inside but there are some cards. A student ID card, a private health fund card and a business card.

The wallet seems remarkably sparse, even if it has been nicked, to belong to a real person living and functioning in society.

It’s made of good quality, leather, a European brand, it would have been expensive.

Maybe the wallet was a gift for … what’s the name on the ID card? Kevin Lee Yun, Monash University, student number 102548. It has his date of birth. Kevin is 18. Maybe his aunt bought it for him from Harrod’s in London, that’s where she lives, she might have sent it to Kevin for his birthday.

His 18th, an aunt would buy something nice for her nephew’s 18th birthday. Kevin hasn’t had it long, he was out celebrating with his mates in a city nightclub for his birthday, took his new wallet but was pickpocketed while drunk riding the NightRider bus home at three in the morning. He only realised when he woke up in the morning, hungover, that his new wallet was stolen.

But it’s Wednesday, would Kevin have been out in a nightclub on a weeknight? Or studying in his one-bedroom apartment his family in South Korea are paying for so he can get an Australian university education. He would be studying something worthwhile, something that was going to make a difference to the world, something like medicine, or aeronautical engineering. Come to think of it, if Kevin is only 18 and is living here on his own, he might not have many friends yet, not enough to go on a bender with while his parents foot the bill for all his Australian expenses.

Unsure what to do with it, I put the wallet in my pocket and continue my walk.

Kevin has a private health fund. He must be Australian. And well off enough to be able to afford a private health fund as a student. He might work as a waiter at an upmarket restaurant in the CBD, supplementing his wages with good tips from high-paying customers. It’s that kind of restaurant, where tips aren’t an option but expected. He can do this work at nights and on weekends and it doesn’t interrupt his study.

Or his parents could have paid for it of course. The health fund. They could be enormously wealthy living in one of those mansions in the old, prestigious suburbs of Melbourne. One of those places with manicured gardens, ornate lace metalwork and circular driveways, out in Kew, or Hawthorn, somewhere around there. Kevin’s dad could have bought him the wallet on one of his business trips to America. His parents could be the type that buy him off with stuff, they bought him a good education, good enough for him to get into university, losing the wallet, or having it stolen wouldn’t matter at all, they could just buy him another one.  The cash that was inside, means nothing, plenty more where that came from.

I keep walking, decide to do another block, the wallet situation has me perplexed.

Because there is the business card. Nothing fancy. ABC imports and exports, with the name Patrick Nguyen, Director, and a Richmond phone number and address.

What’s a uni student doing with a business card for an importer/exporter in Richmond? Feels dodgy. Import/export business could be ruse. Richmond is rife with drugs. Kevin could be mixed up with some bad people. Patrick might have offered him a job as a courier, as a test, a trial run to see how the kid worked out. It might not have gone well. Kevin could have been chopped into little pieces and dumped in a wheelie bin somewhere, all his belongings gathered up and dispersed around the city so no one would be able to guess his whereabouts. His wallet, just happening to end up on the footpath of a quiet Croydon street.

I try and think if I have heard or read anything in the news of a missing student. I could hold a piece of the puzzle to the whereabouts of this boy, or at least his remains, in my pocket!

His distraught parents could be waiting for a clue, any clue, to put an end to their suffering. I think and think but no case in the news comes to mind. But that might not mean anything, there must be dozens of missing person cases we never hear about. The police don’t usually go to the media unless they think publicity will help the case. The police might already be on to Patrick, they could have been staking him out for weeks.

The police. I know I have to hand the wallet into the police. What if the police think I stole the wallet? It has no money in it. It’s now got my fingerprints all over it. They might think I swiped it, took the cash and then came in looking like a good Samaritan to absolve myself of all suspicion.

Will they search my name on the database? What will they find? Are my speeding fines listed there somewhere? Does that make me look like a potential criminal? Assuming I will have to provide them with a name that is. Will they keep my name on record somewhere? I could be called in to be a star witness in the murder case of Kevin Lee Yun.

I would have to get up on the witness stand and the prosecutor will say “Now tell me Miss Parsons, how did you find yourself to be in possession of the wallet.”

I will have to recount the whole story for the jury, how I came upon the wallet, and the prosecutor would explain to the jury how this one crucial piece of evidence led police to discover the body of Kevin Lee Yun. The story would be in all the papers. I would be famous.

I climb each step to the police station quickly. When I walk through the glass doors the foyer is already bustling. There is a queue. I fidget with the straps of my bag, I was not expecting to have to wait.

I look around distractedly at the other people waiting. A man in a suit, with what appears to be a statutory declaration, a delivery driver with a clipboard, a casually dressed young man with a backpack scrolling through his smartphone. I double check to make sure his face isn’t the image of Kevin, but, really what are the chances of that?

There are police milling about behind the counter, they have an air of importance about them, which is helped by the fact they are fully armed. It’s intimidating, a bit, the weapons. It dawns on me that this is the first time I have ever been inside a police station. My heart beats a little faster.

I am summoned to the desk. A polite policewoman asks me what she can help me with today. I reach for the wallet that’s inside my bag.

“I found this,” I say. “On my morning walk this morning,” and place it on the counter.

“Well, someone is going to be very happy with you,” she says with a smile. “I better get some details,” she reaches for a book that looks like some kind of incident book from under the counter and opens it up. “Name?”

The policewoman looks at me strangely. “Your name is Kevin Lee Yun?”

“Oh no, sorry, I thought you meant … oh never mind … my name is Parsons, Catherine Parsons.” My palms are sweaty.

“Now, Miss Parsons, can you tell me whereabouts you found the wallet?”

“‘Bout what time, roughly?” she asks.

“Less than an hour ago, around 6.50am, thought it best to come in straight away. In case it was important, to you … to the police I mean.”

“Thank you Miss Parsons for coming in, I am sure the wallet owner will be pleased to get it back.”

That’s it! I turn and shuffle my way outside, into what is now the bright morning sun.

I make my way slowly back down the stairs and to my car. At least the policewoman took my number, for when Kevin’s body turns up, or not. Of course, he might just want to send me a message, give me a call, if he’s not dead that is, a thank you message, for handing the wallet in. Yes, a thank you would be appropriate, at the very least. 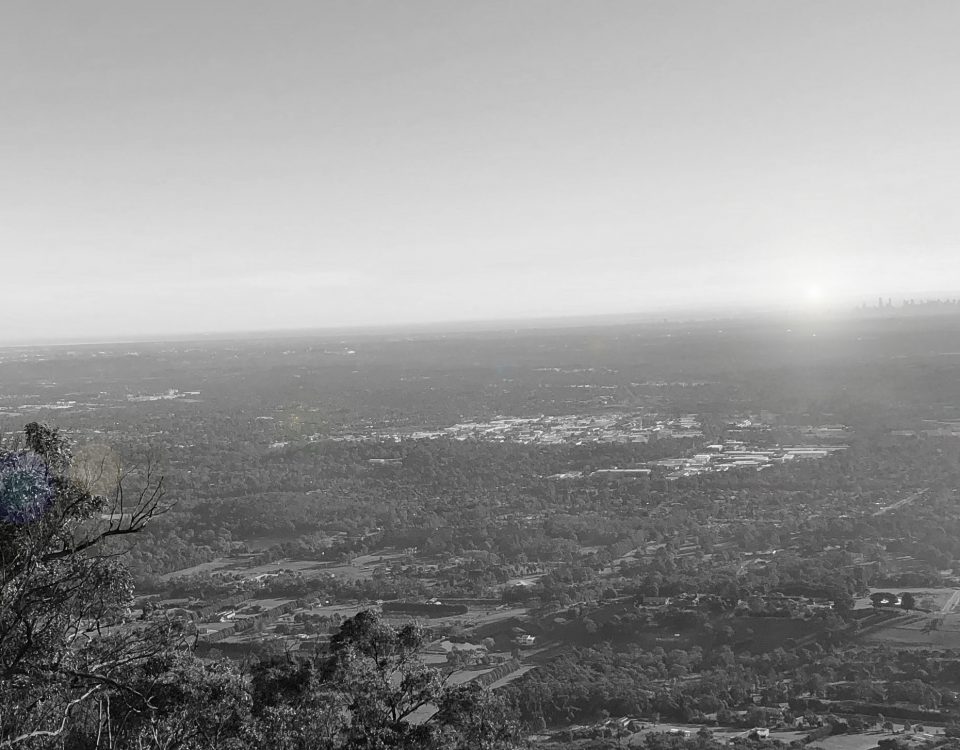 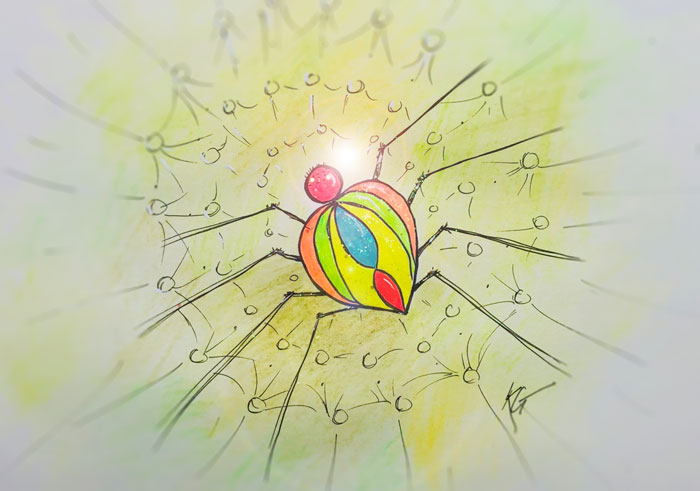 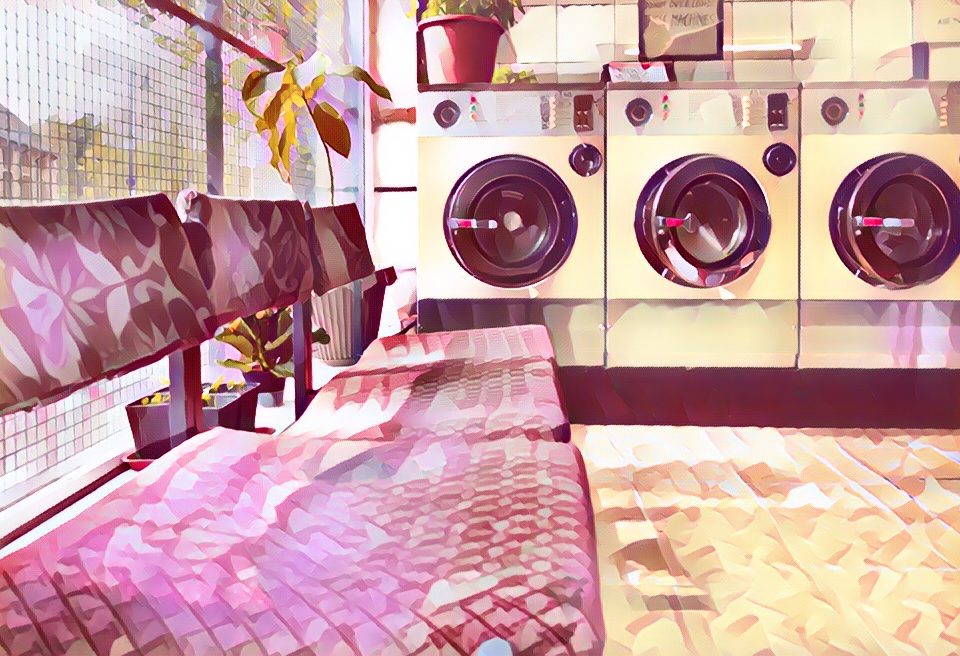